skip to main | skip to sidebar

With the holidays fast approaching, I recently began making my lists of all of the things that I need to get done and people to shop for for Christmas.  Amazon is always my first go to site, and so when a friend posted on Facebook about a new company called Reviewsio, I was all over it.  Amazon sellers give their products, to people like me and you, in exchange for honest product reviews.  Sellers need good reviews to sell their products and the products are offered at deep discounts because of this.

Reviewsio launched on October 1, 2015 and now their online deal catalog is available for you to browse.  You search the catalog, choose your deal, get your product, test it out, and then write your review.  It's that simple!

All you need to do is become a Reviewio member and have an Amazon account.  If your request for the deal is approved, you get a voucher code that will knock down the price of that item when you checkout on Amazon. You order it, you test it, you review it, YOU KEEP IT. It’s really that simple!

I attended a small, private Christian school during high school. We did not have a dress code per se, but we were required to wear a skirt or dress to school every day. I really did not have a problem with this as I loved coming up with new outfits, and my mother is a wonderful seamstress who was always sewing some funky new thing for my sister and me.

I love fashion, and I love looking cute. But in the past few years I have been in a slump. Oh, I still rock the latest fashion when I have a special occasion, or when I go to church, but for an everyday look? Well, I have adopted a uniform, two actually, that I am not proud of. My first outfit consists of a pair of very forgiving stretch boot cut jeans and a red v-neck tee. I wear this one mainly in the warmer months. The second outfit consists of a pair of Old Navy Sweetheart jeans, a white turtle neck and a navy Boy Scout hooded sweatshirt. I sport that lovely ensemble with Kevin's Ugg slippers and wool socks, mainly because our house is only a few degrees warmer than the city morgue.

The other day I put on my skinny jeans, brown tee shirt, and this cardigan that I recently purchased at Target. I put on some earrings and a sweet little pair of brown ballet flats. The kids were staring at me as if I sprouted another head. 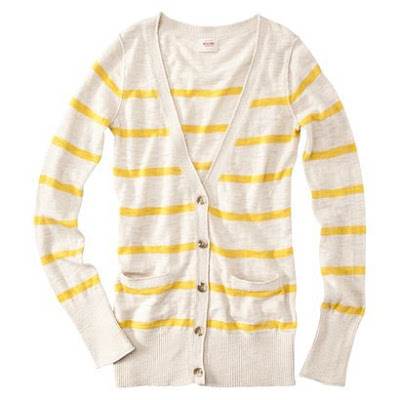 You know that you have reached a new level of cool when your 15 year old son notices your clothes.

So in honor of that, I have decided to make more of an effort every day to look more colorful. I know that I have Annette Funicello hair in this picture, please try to ignore it.

Exhibit A: colorful from Goodwill. 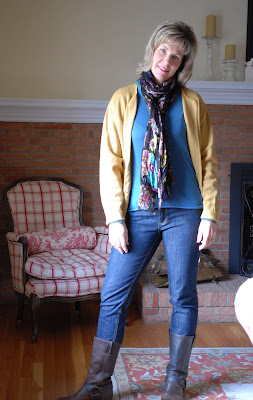 I bought that yellow sweater for $3.oo at Goodwill. Everything else was not $3.oo, but close enough.

I plan on doing a Fashion Friday post every week with my own clothes. I have decided to put the whammy on myself. Fellow moms of the world who are stuck in the mom uniform rut, won't you join me?

Joe and I are deep in the trenches of a spider study. He wanted me to buy him a tarantula, but I talked him into an egg carton spider instead. This seemed less terrifying to me. The last thing that I want to think about is a tarantula getting loose in the house and biting me in my sleep. It would be like the Brady Bunch episode only with more screaming and crying. (Fast forward to 11:19)

This is the craft that we made. The best part? Googly eyes. We like googly eyes.

Creeping out from the darkest recesses of the school room... 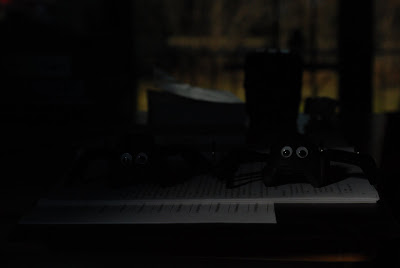 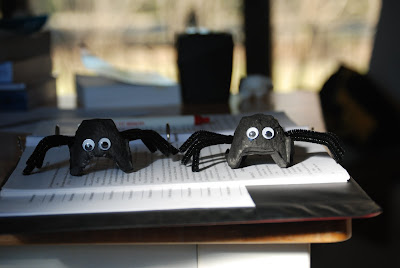 Yesterday was a bad day. A very bad day. I saw the day heading in a downward spiral of anger, resentment, frustration and strife. I saw it going there and I could have stopped it, but I didn't. It was like stepping outside of myself and watching the events unfold like a movie. A movie about a destructive tornado that tears thorough some unsuspecting little town leaving its residents lives completely turned upside down.

"Where did that come from?" they quizzically ask each other.

"I don't know, but I am so afraid that it is going to happen again. I hope it doesn't."

Sometimes the worst part of being an adult is that although you are supposed to know better and do better, you still act like a child. Last night after all was calm and I apologized to my boys for acting the perfect part of the lunatic, I was still feeling unsettled. I woke up in the middle of the night and got up out of my warm bed. I went into their rooms and put my hands on their sleeping heads and asked for mercy for their memories. I prayed that they would not remember the bad days. That the good days would all pile up until the deep places in their minds were so filled with good memories that there was no room for the bad ones. I wish that I could take a magic eraser and wipe all traces of the unhappiness that I have caused completely from the minds. But I can't. The only thing that I can do today is do better than yesterday.

Today I will do what matters. 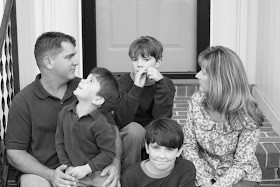 What's a girl to do with all of these boys?

2012 Reads
Through My Eyes
Prairie Tale
Still Alice
When I Was a Slave: Memoirs from the Slave Narrative Collection
Sold
Fever 1793
The Buddha in the Attic
The Call of the Wild (audio book)
Speak
Autobiography of a Geisha 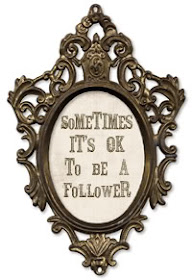 Get lost in these links 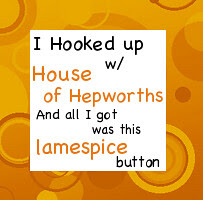